The City of York: A Masonic Guide - by Dr David Harrison 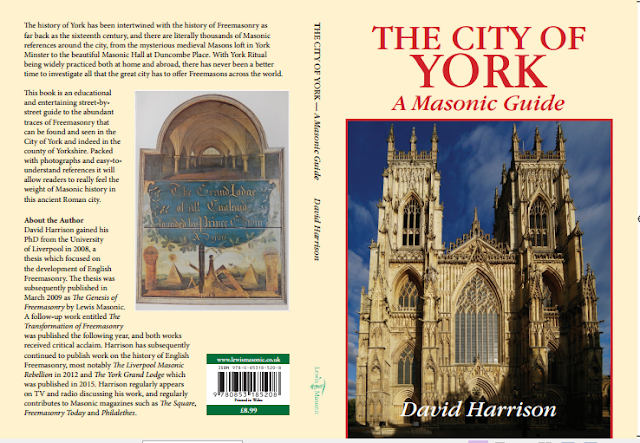 My new book The City of York: A Masonic Guide is due for publication in a few months time. The book gives the first complete street-by-street guide for all traces of Freemasonry within this beautiful ancient city, packed with new photographs, references and maps that will allow the reader to feel the weight of Masonic history in York. It will act as a companion piece to my previous book The York Grand Lodge (Arima 2014), and I will be giving Masonic history walks in the city as part of a series of events to accompany the launch of the book.
York was the central location for the Grand Lodge of All England during the eighteenth century, and indeed, has some very early references to Freemasonry dating to the early seventeenth century. The book examines this part of York's Masonic history, as well as the regular Masonry under the United Grand Lodge of England, which also has a rich history in the city. The work looks at locations that are linked to Freemasonry, such as the pubs, churches, libraries, museums, Masonic Halls and of course the Minster itself, and will be available through Lewis Masonic for pre-orders.